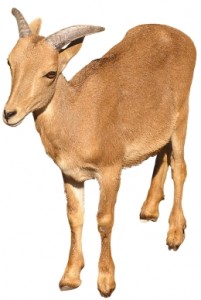 According to Jewish ethical tradition, prohibition against cruelty to animals is one of the basic laws of humankind. Indeed, animals are understood to not only have feelings, but to be capable of developing spiritually.

Jewish tradition and Jewish law forbid zaar ba’aley chaim (cruelty to animals). Indeed, one of the seven Noachide laws (laws that all humanity is enjoined to keep) is a prohibition against eating flesh from a living creature. Some commentators understand this as an injunction against cruelty to animals of any kind.

Adam and Eve and all the generations of human beings until Noah’s flood were forbidden to eat animals. However, after the Flood it became permissible for humans to eat meat. Although the slaughter and eating of sacrificial animals was a central part of the Temple service, many commentators attribute meat-eating to man’s moral devolution after the Flood.

Hunting is forbidden to Jews and the knife used for kosher slaughter must be exceptionally sharp and smooth to prevent the animal from suffering. Also, cruelty associated with slaughter, such as the use of electric prods to guide the animal up the walkway, is forbidden according to most authorities. Unfortunately, the kosher meat industry, like the meat industry worldwide, is often neglectful in regard to minimizing animal suffering associated with raising, transport and slaughter.

Several Biblical laws address animal welfare. It is forbidden to work one’s animals on the Sabbath (Exodus 20:10; Deuteronomy 5:14). During the sabbatical year, wild and domesticated animals have to be given free access to all fields (Lev. 25:6-7). It is forbidden to muzzle an ox that is ploughing; animal labourers, like human ones, must be allowed to eat freely (Deuteronomy 25:4). A Jew is commanded to relieve the suffering of all animals, even those owned by one’s enemy (Exodus 23:5).

According to rabbinic law, the pain of animals sometimes overrules the laws of the Sabbath. For example, it is permitted for a Jew to ask a non-Jew to milk their cow on the Sabbath, because otherwise the cow will suffer. It is also permitted to unload an animal from their heavy burden on the Sabbath, even though such activity would otherwise be forbidden.

The Talmud (Oral Law) decrees that Jews are to feed their animals before themselves in the morning, and brings a passage from the Shema prayer as proof: “And I will send grass in your fields for your cattle, and you may eat and be satisfied.” God here mentions the animal’s food first. Later commentaries added that if an animal smells your food and longs for it, you are required to give the animal some of it, at least a taste.

Emotional cruelty to animals is also a violation of God’s will. According to the Talmud, Rabbi Yehuda HaNasi suffered for 13 years from excruciating tooth pain, because a calf, while being led to slaughter, tried to hide behind his coat. Rabbi Yehuda sent the calf away with the words “Go, because for this you were created.” Rabbi Yehuda’s toothache ceased only when he prevented his housekeeper from chasing away a family of rats that were nesting in his house.

Animals can achieve spiritual heights. The Talmud says that “Just as the righteous were devout, so were their animals.” (Avot deRabbi Natan 8)  The Talmud tells stories of animals that kept the Sabbath by refraining from eating food that had not had the tithe for Levites and the poor taken from it, thus abstaining from stealing. According to the Midrash (text of oral law), the frogs God sent to punish the Egyptians in the second plague sacrificed their lives for God.

In modern times, the most radical ideas about animal rights were those of Rabbi Avraham Yitzchak Hacohen Kook, (1865-1935). Kook believed that animals were evolving spiritually, that they had a degree of free will that would someday lead to a higher level of consciousness.

Animal rights receive considerable attention in Jewish scripture. Although Jews should not let a focus on animal rights distract them from the desperate situation of many humans, they should work towards a radically different ethical stance in regards to animals.