WHAT IS YOM KIPPUR? 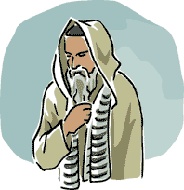 ‘Yom Kippur’ means the ‘Day of Atonement’. That is, the day when we try to make up for any wrong things we have done. It is a day of fasting which starts at sunset on the 10th of Tishrei and finishes when night falls on the 11th Tishrei.

Yom Kippur is also called ‘The Sabbath of Sabbaths’. It is the most holy day in the Jewish year. It is the day when God decides what will happen to every Jewish person in the year ahead.

ASKING FORGIVENESS AND MAKING UP FOR OUR SINS

Yom Kippur is not like other special Jewish days. It does not remind us about something that happened to the Jewish people in our long history. Instead, it is all about each individual Jewish person’s behaviour. >

According to the famous Jewish writer Maimonides (the Rambam), we all have the choice of what kind of person we want to be. Just like Adam and Eve in the Garden of Eden, each person can choose to be evil or good. Judaism teaches us that we have the power to decide which path we take.

Every person makes mistakes. We may even commit sins from time to time. Yom Kippur gives us the chance to ask forgiveness and make up for our sins. On the days leading up to Yom Kippur we can ask forgiveness from people for anything we have done that has caused them sadness or harm. On Yom Kippur itself we can confess our sins to God and pray for His forgiveness.

WHAT DO WE DO TO PREPARE FOR YOM KIPPUR 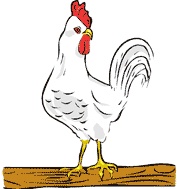 During the morning before Yom Kippur, some people do kapparot, which is a custom that reminds us of the sacrifices made in the Temple in ancient times before a holyday. The traditional way for someone to do kaparot is to take a chicken and wave it around their head three times while saying a prayer so as to ‘transfer’ their sins to the chicken. In modern times, many people prefer to use money instead of a chicken, and the money is then given to charity.

Eating before the fast begins

It is considered a mitzvah (commandment) to eat well on the day before Yom Kippur. The reason for Jewish adults fasting is not to make them suffer, but rather them that Yom Kippur is not about physical activities like eating but rather about spiritual activities like praying. The final meal before Yom Kippur should be a joyful one. At the end of the meal, children are blessed by their father with a special blessing.

Before leaving home to go to the Kol Nidre service at synagogue we light a memorial (yahrzeit) candle at home. This candle burns for 24 hours. It reminds us of all those people who have died, in our own families and in the world. After Yom Kippur finishes, we will use the yahrzeit candle to light the havdalah candle used as part of the havdalah ceremony to mark the end of the day.

WHAT WE DO ON THE DAY OF YOM KIPPUR

Clothing – what to wear

It is a custom to wear white clothing on Yom Kippur. This is because white is the colour of purity and our wanting to be close to God.  White clothing also reminds us of the white robes worn by angels. Women wear white clothes and men may wear a kittel (long white garment).

(The curtain across the ark and the Torah covers are the white ones that have been used since Rosh Hashanah. They show that “our mistakes will be whitened like snow.”)

Things we are not allowed to do on Yom Kippur 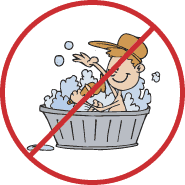 There are five things forbidden on Yom Kippur:

On Yom Kippur Jewish adults fast, which means that they do not eat or drink. Anyone over the age of Bar or Bat Mitzvah (13 years for boys and 12 years for girls) is considered an adult and expected to fast for the whole day. Young children are not allowed to fast because it may be bad for their health, but children aged 9 and above should fast for part of the day as practise for when they are older. Anyone who is sick is excused from fasting, but should eat only basic foods and not fancy or rich foods. Medicine needed to maintain good health may be taken on Yom Kippur, but this does not include things like vitamins (not taking them for one day would not injure a person’s health).