The Torah commands that every seventh year the land must rest and all debts be forgiven. This sabbatical (from the word ‘seven’) year connects ecological values, religious values and ideals of social justice. It helps Jews understand the utopian vision of the Torah.

When it is first mentioned in Exodus 23:10, the sabbatical year is placed within the context of social justice and kindness to animals. During the seventh year, a Jew is to refrain from working the land or exerting ownership over it. The natural fruits of the land are to be left “for the poor of your people…and the wild beasts of the field”.

In Deuteronomy (15:1-11) another aspect is added to the sabbatical year. Debts are to be forgiven during that year, and those to whom money is owed no longer have the right to demand it back. This aspect of the commandment is designed to enable the impoverished to make a fresh start. The Torah warns the people of Israel not to refrain from lending money as the sabbatical year approaches; to do so is comparable to idolatry. 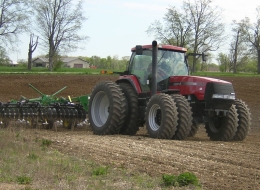 The Torah forbids the planting of trees and vegetables, pruning, and harvesting during the sabbatical year. Certain kinds of work necessary for the sustenance of trees or vines, or for the prevention of the earth suffering permanent damage are permitted- for example, irrigating trees that would otherwise die. During the time that the Temple was standing, a Mosaic (time of Moses) tradition forbade working the fields for one month prior to the beginning of the sabbatical year.

In Leviticus, God expressly promises that He will bless the sixth year with abundant produce if the people of Israel have faith enough to keep the sabbatical year. Having this faith is not easy. The sabbatical year was not always kept by the people of Israel; indeed the biblical rebuke in Leviticus connects the expected exile with failure to keep the sabbatical. According to the Torah, during exile ‘the land will have its Sabbath’.

Hillel instituted the prosbol system, as he noticed that people were refraining from lending money for fear the sabbatical year would prevent them from getting their money back. Hillel’s system meant that a creditor would appoint the court to collect his debts. Since the sabbatical law only applies to individuals, this circumvents it. Hillel was criticised for circumventing the law, but his solution was adapted in practice.

When Jews returned to Israel after the galut (exile), the question of shemitta became relevant again. Before the sabbatical year of 1889, farmers asked Rabbi Elhanan Spector, a renowned authority, whether it was permitted to sell their land to a non-Jew for the prescribed period, thus continuing to have it worked. He permitted this, as did Rabbi Abraham Isaac Kook in 1910. Many other orthodox authorities opposed this solution. Today, some orthodox farmers use hydroponics during the sabbatical year.

The year 5775 (2014-2015) was a sabbatical year. One of the great challenges for Judaism is to translate the values inherent in the sabbatical year into a form relevant for a society no longer based on agriculture.

Chabad: Shmittah, A Year of Faith

OU (Orthodox Union): Everything You Need to Know About Shmittah (detailed article for those wanting to know the finer aspects of observing shmittah)