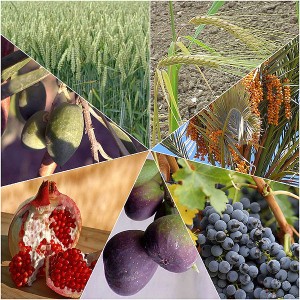 Seven species of natural produce are traditionally associated with the land of Israel. They are:

These seven species and their relationship with the land of Israel are first mentioned in the Torah at Devarim (Deuteronomy) 8: 8 which describes Israel as ‘a land of wheat, and barley, and vines; of fig trees and pomegranates; a land of olive oil and honey.’ In Hebrew, they are known collectively as the shivat minim (‘seven species’).

The ‘honey’ referred to in the verse is not bee’s honey but rather date honey, a thick syrup made from dates which in biblical times was used to sweeten foods (sugar was unknown in the ancient Middle East).

Olive oil in biblical times was used not only for cooking but also for lighting (candles consisted of a small bowl of olive oil with a wick). Additionally, it was used for skin care as a moisturiser and ointment, and for greasing items such as wagon wheels.

In halachah (Jewish law), these seven foods have an elevated status because of their special relationship with the holy land of Israel. This is most clearly seen in the special brachah achronah (blessing after eating) reserved specifically for these seven foods which mentions the foods by name (in contrast, other foods are not mentioned by name when saying a blessing after eating them).

As the seven species were all indigenous to the land of Israel, it is not surprising that they featured among the offerings brought to the Temple, especially on the festival of Shavuot when ‘first fruits’ were brought as an offering.

The seven species have often been used in artwork to represent the land of Israel. 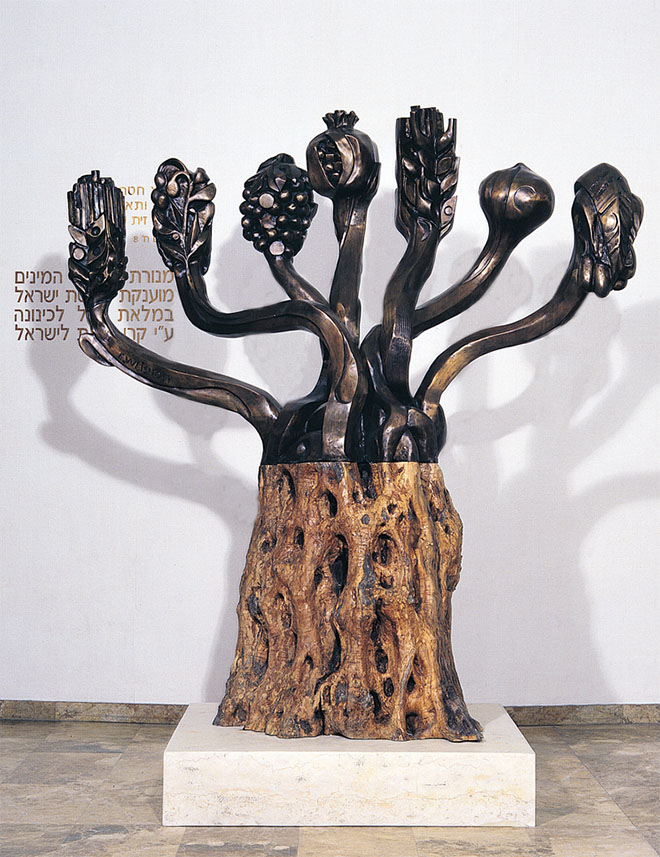 Video – explaining the connection between the 7 Species and Tu BiSh’vat and the importance of each of the Species: