Judaism is the religion of the Jewish people. Judaism tells us what we should and should not do as it is written in the Torah.

Not all Jews have the same beliefs or do exactly the same things. That does not mean that their belief in Judaism is wrong, it is just different. Differences in Judaism show us that Judaism is alive!

Judaism has been alive for thousands of years. During that time, Jews have moved to many different places and rules have been changed a bit. However, the main ideas of Judaism have never changed.

There are other religions that speak about God, but every religion has its own beliefs. The Jewish people have kept a link throughout history, starting with Abraham. This is how Judaism has been kept alive.

In all the lands Jews have lived in through thousands of years, they have kept their idea of God. The way they did this was to carry a book with them, which contains stories and laws. This book is called the Torah.

The Torah contains all the laws of Judaism. It tells us what to do and what not to do. Some of the dos and don’t’s are rules and some of them are customs. The strongest rules of them all are called commandments. There are ten of these commandments in the Torah and we are told to obey them all the time. 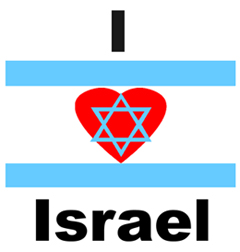 Another very important part of Judaism is the Land of Israel. One of the first stories in the Torah tells us how God told Abraham to leave his home and go to the land of Canaan (Israel used to be called ‘Canaan’. It has also been called ‘Zion’).

Many battles have taken place in Israel and the Jews have fought for many years to keep Israel as a Jewish homeland. On May 14 1948, Israel became an independent state and the Jews were able to form their own government. Many religious people and people called ‘Zionists’ believe that one day all the Jews from around the world will return to Israel.