Passover or Pesach, as it is called in Hebrew, is the festival that reminds us of when the Jewish people were slaves in Egypt about 3,500 years ago and how God freed them from the evil Egyptian king Pharaoh. 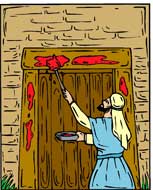 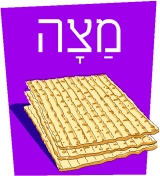 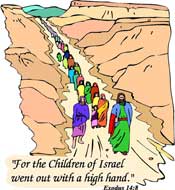 This means ‘time of our freedom’. In the Torah Egypt is called Mitzrayim or ‘a narrow place’. In a narrow place we feel very squashed and pressured, just like the Jewish people must have felt when they were slaves there. Pesach is the time they finally could feel free again, after leaving narrow Egypt. In the story of Pesach, we travel from the narrowness of forced servitude to the openness of freedom. 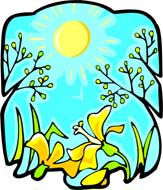 This means ‘festival of spring’. In the land of Israel Pesach falls in springtime. It is spring harvest time. Nearly the whole world is coming out from being closed up for winter and is opening up to the new life of spring. The story of the Jewish people leaving Egypt has the same kind of feeling.

The Fast of the Firstborn (Ta’anit B’Chorim) reminds us of the last and most horrible plague that God sent to Pharoah and the Egyptian people.

This is where our English name for Pesach, ‘Passover’, comes from. To say thank you for being saved, the first-born son in a Jewish family fasts from dawn on Erev Pesach until the Seder. 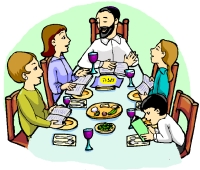 How Pesach is Observed

The Seder (includes the 15 steps of the Seder)

How to Prepare a Home for Pesach

Bedikat Chametz – the Search for Leaven

How to Host a Pesach Seder

How to Make Kneidlach (soup dumplings)

The 6 Items on your Seder Plate

A Mixed Up Seder

Getting Ready for Pesach

Steps of the Seder

What’s on the Seder Plate?

Who’s Who in the Pesach Story?