Fundamentally, Judaism is a happy and optimistic faith, yet it recognises that there are times when sadness overtakes a person and a process of mourning must take place. Never more so than when we lose one of our close relatives: mother, father, brother, sister, spouse, son or daughter.

In Judaism the deceased is buried as soon as possible. This takes place following a short period of time, during which the Jewish burial society – known as the Chevra Kadisha (literally, ‘Holy Brotherhood’) – prepares the body for burial. Observant Jews of all branches of Judaism do not cremate, but cremation is increasingly popular with secular Jews (although preferring burial to cremation, Reform and Conservative Judaism do allow their rabbis to officiate at funerals where the deceased will be cremated; in contrast, Orthodox rabbis will not officiate at such funerals). At the funeral, each member of the immediate family, as defined above, makes a short tear in one of their garments. This action, known as k’riah, symbolises the way the death has torn, or broken their heart.

During the funeral, Kaddish is recited for the first time. Mourners say this prayer, a praise of God, for the next eleven months. Many mourners make an extraordinary effort to go to synagogue regularly during this time since this prayer can only be said in the company of a minyan (ten Jewish men over the age of Bar Mitzvah in Orthodox Judaism; ten Jewish adults – over Bar or Bat Mitzvah age – in Reform and Conservative Judaism).

After the funeral, the mourners return home and share a meal of condolence together.

Jewish tradition divides mourning into three successive periods which structure the mourners’ lives and help them to gradually and gently return to the activities of life and work. 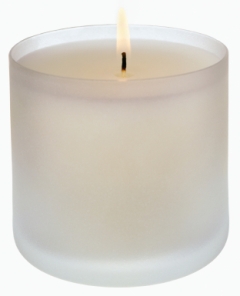 On a person’s yahrzeit (anniversary of their death), relatives light a candle which burns for the entire day.

Besides this first difficult year, Judaism impresses on us the need to remember and respect the memory of our departed relatives. We do this by lighting a candle on the anniversary of their death each year. This anniversary is known as the Yahrzeit. The candle burns at home for 24 hours and Kaddish is recited in synagogue on that day.

A further ceremony is known as Yizkor. This includes a prayer commencing with the word Yizkor (meaning “May God remember the soul of ……”) and is done in synagogue four times a year on major festivals. Custom requires all those with a parent who has died to attend Yizkor and doing so is seen as a way of showing honour to one’s parent (the 5th of the 10 Commandments) even though they have died.

Finally, we are instructed to cover the grave with a stone. We read that Jacob set up a marker over Rachel’s grave (Genesis 35:20). Jewish graves are marked with the name of the deceased. Rabban Gamaliel’s instructions for burial emphasised equality and simplicity and thus large, ornate stone markers are discouraged. His son, Rabbi Shimon ben Gamaliel is quoted in an early rabbinic work as saying, “We need not erect monuments for the righteous; their accomplishments are their memorials.” The gravestone is erected during the first year after the death, usually towards the end of the year, and a religious ceremony called a “consecration” is held at the graveside to dedicate the gravestone in the deceased’s memory and honour.

According to Jewish law, Cohanim, the priestly descendants of Aaron, must not come too close to a grave for reasons of purity. Gravestones assist them in identifying the exact location of the graves. The stone or matzevah is normally erected during the first year of mourning.


Video: How to say the Mourner’s Kaddish

Aish haTorah: Journey to the Next World

Aish haTorah: May ‘the Place’ Comfort You

Being Jewish: The Shiva Call – Comforting the Mourner

Being Jewish: Life, the Afterlife, and the Soul

Jewish Agency: From Mourning to Remembrance

Jewish Virtual Library: Why Do Jews Put Stones on Tombstones?

My Jewish Learning: Judaism on Cremation