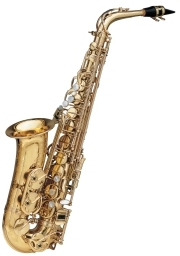 Once denigrated as fit only for Jewish celebrations, klezmer has undergone a remarkable revival. It has metamorphosed beyond its East European roots, and now encompasses jazz, rock, reggae, punk and jazz hybrids. But what is klezmer, and what actually makes it Jewish?

Klezmer literally means music or musician, and derives from the Hebrew kli zemer, an ‘instrument of song’. It became a primarily secular and folk genre, as instruments were discouraged in sacred service, in memory of the destruction of the Temple.

Itinerant klezmorim (klezmer musicians) played at weddings in 15th century Europe. Bands were led by a badchan (jester and MC). But we have little idea how early klezmer sounded.

Flutes and cymbalons dominated until 19th century klezmorim made the violin their main instrument. It was often accompanied by a shtroyfidl (similar to the modern xylophone and African balaphon). Then, like jazz musicians, klezmorim began to use military band instruments such as the trumpet, tuba and trombone. The clarinet typifies 20th century klezmer, due to its plaintive sound and its volume.

The authorities placed many restrictions on klezmorim, restricting the size of bands, and ensuring that they could play for a certain length of time. Around 1855 Tzar Alexander II eventually allowed Jews to play ‘loud’ instruments like the clarinet.

Klezmer purists argue that drums are unnecessary, although today most klezmer ensembles have full rhythm sections. Likewise, some insist that klezmer should be just instrumental, but latterly Yiddish song has been accepted as part of the genre.

Stylistically, klezmer borrows from the Chassidic nigun (tune), and is played in Jewish prayer modes (shtaygerim) based on the cantorial nusach. The krecht (a wailing, sobbing bent note) is also said to give klezmer its ‘typically Jewish’ sound.

Klezmer is a highly mongrel style. Romany influence is strong as Gypsies often played together with Jews at gentile weddings. Many tunes are Turkish, Greek, Yugoslav, Polish, Russian and German in origin. Furthermore, klezmer uses the syncopated rhythms of the Balkans, and often has an oriental flavour. Its plaintive minor key ahavaraba mode, for instance, is found throughout the Middle East.

Klezmer has many faces: doina (slow, spiritual and often improvised), freylach (a happy, upbeat dance), hora (originally a syncopated march); and even the ribald broigestantz, which used to dissipate inter-family tensions at weddings!

American musicians like Andy Statman and Harry Sapoznik rediscovered their own Jewish folk roots in the 1970s. This spawned a global klezmer revival, leading to ‘klezcamps’ and sell-out concerts by big names like Giora Feidman.

Klezmer is the ultimate magpie music. It influenced early jazz and is now a popular genre of ‘world music’. Purists fear that ‘klezmer fusion’ has eroded the beauty of the original style, and neo-traditionalist bands are trying to redress the balance.

Memories of the klez revival and ‘Klezmorim’

Klezmer Music in a Few Words