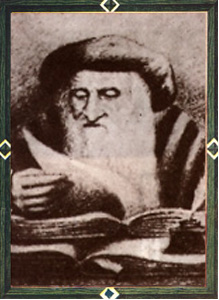 The top line (above) shows the Hebrew alphabet in ordinary block letters,
while the bottom line shows the same letters in Rashi script.