At the turn of the last century, Jewish immigrants from Europe mixed in New York and Chicago with black immigrants from the Deep South. Soon they lent their own unique ingredient to America’s greatest single musical innovation – jazz. Popular music was seen as a chance to escape from the ghettos. 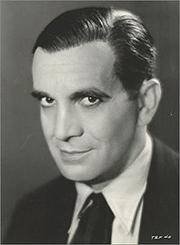 Classically trained and musically innovative, Benny Goodman was also one of the first major white musicians to play openly with black colleagues during the swing period, so flaunting an unofficial ‘colour bar’.

George Gershwin incorporated jazz motifs in compositions like ‘American in Paris’ and ‘Rhapsody in Blue’. His brother Ira continued with the Tin Pan Alley tradition.

With Lee Konitz on the alto saxophone, Al Cohn was central to the bebop revolution.

Stan Getz became one of the most popular jazz players of the 1960s and 1970s. He blended the ‘cool school’ of Lester Young with Brazilian bossa nova.

As performers, producers and educators, Jews remain deeply involved with jazz. Yet it is still hard to define the genre (despite its new acceptability) – or its Jewish content!