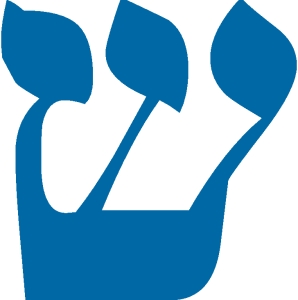 The letter SHIN, being equivalent to the number three hundred in the Hebrew alphabet, and represents Divine power as it is the initial letter of two of the Names of God.

Shaddai, one of the names of God, begins with the letter SHIN. The word Shaddai is usually translated into English as ‘Almighty’.

The SHIN appears on tefillin in two forms: on the left side of the one worn on the head, the letter is embossed with four splays, while on the right side of the one used for the arm, the standard three-headed version of the letter is used. These two forms represent the two kinds of Divine wisdom: the revealed and the concealed.

The letter SHIN alludes to Shabbat, the seventh day of Creation. This day signifies total rest from the week of work and is filled with peace and tranquility.

The letter SHIN stands for shalom, denoting peace and perfection.