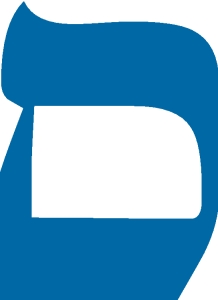 The letter SAMECH equals the number sixty in Hebrew numerology. Its circular form is symbolic of the endless cycle of life.

The letter SAMECH is a symbol of support and protection. This is inferred by its all-encompassing shape, and asserted by its meaning: ‘support’.

The letter SAMECH is one of the only two fully closed letters of the Hebrew alphabet, the other being the letter mem in final form.

The number sixty represents completeness. This is due to it being the greater part of the number one hundred, which signifies perfection.

The circular shape of the letter SAMECH alludes to the wedding ring, with all its symbolism.